As ominous as that title is, it’s absolutely true. I screwed up at life. Not only that, I screwed up something that I, and probably every single one of my FI-blogger counterparts, routinely write about.

If you’ve been reading this blog for any length of time, or if you’ve heard me on any of the podcast interviews I’ve done, you know that I love the side hustle. As a tradesman, the side hustle is the butter to my day-job bread.

But here’s the problem: I took it too far.

I have too many jobs going, and I’m finding myself working all of the time. In fact, I’ve only been able to take one day off in the last 45 days.

I Hear the World’s Smallest Violin

I know, boohoo for me, right? I’m the one that accepted these jobs; I made my bed, now it’s time to lay in it. And really, there are much, much worse problems to have than too much work.

The worst part is, I’m seeing my kids growing up without me.

I let my pursuit of FI take over my life.

I’ve been trying to bump up that savings rate as much as possible, trying to get as big of a number as I could in my account. What I was really doing was exactly what those of us striving for FI are looking to avoid, and I fell in the trap.

How Did This Happen?

This process of becoming overwhelmed with side jobs was insidious. It crept up on me, and though I started seeing the writing on the wall, I was still too greedy to fully stop the inrush of work.

Late in the spring I accepted a large job providing electrical wiring in a barn that would be built over the summer, and while my part was supposed to start in August, poor weather pushed it back into early October.

In the meantime, several other fairly large jobs that I signed on for a while ago have also come to call, with everything kind of coming on at once. 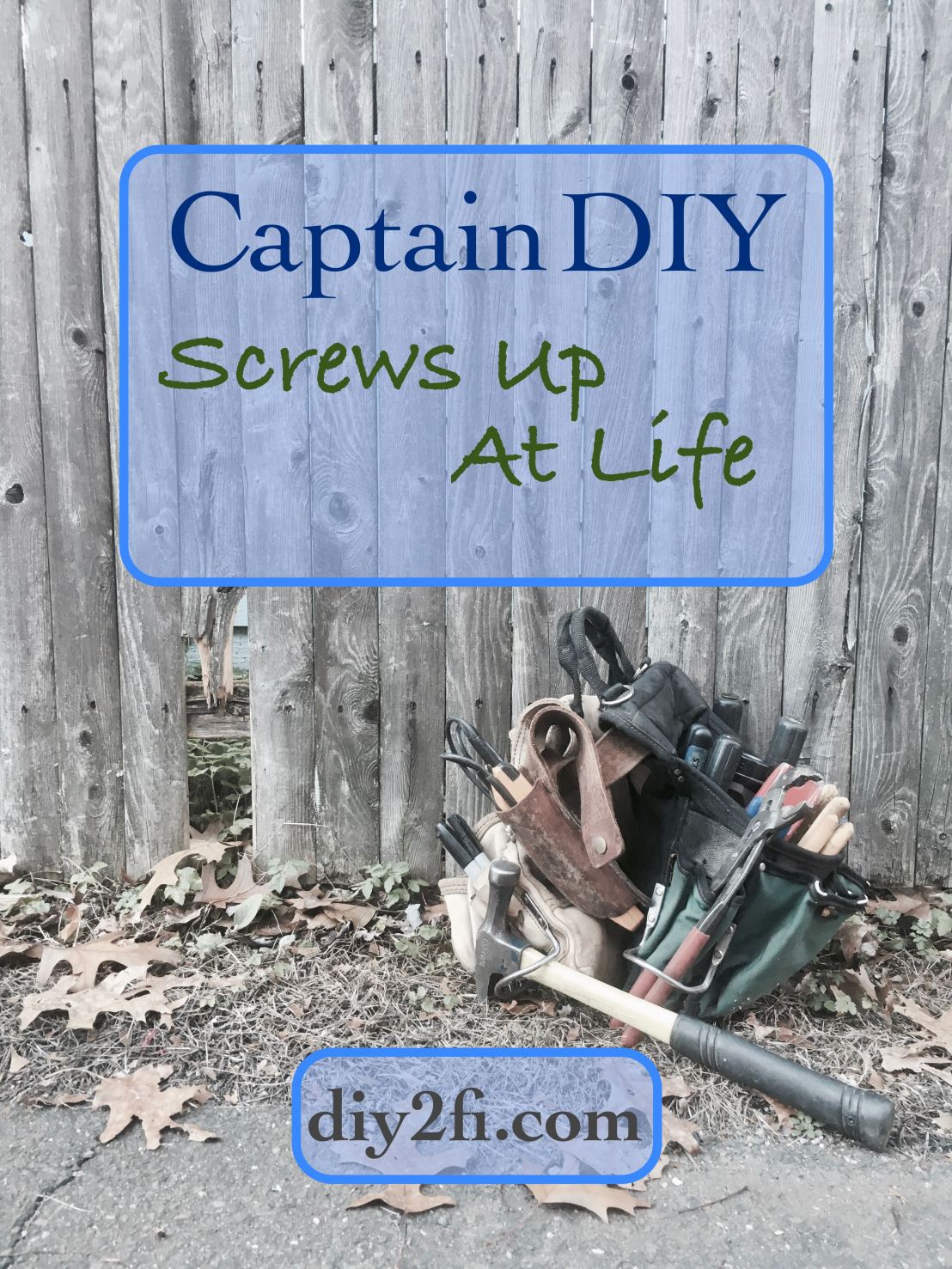 So I am now in the process of trying to get myself out from under this work load, and in the meantime I am missing out on the whole reason for taking on these jobs in the first place: time with my family.

So What’s the Lesson?

The lesson here is as simple as it is deceivingly difficult: find a balance between making enough to save as aggressively as I’d like and having time to live my life the way I’d like.

While my side hustle is a great business that allows me to charge a fantastic hourly rate and do respectable work that helps people, it definitely has some serious downfalls. One of which is the difficulty in scaling, as to do so would mean quitting my day job and putting all of my focus into the business.

I am not in any way trying to backtrack on my previous endorsements for a career path in the trades, nor am I suggesting that the side hustle opportunities they provide are less desirable. What I’m saying is don’t let the FI rabbit hole swallow you up. Don’t let the “keeping up with the Jones’” pendulum swing too far to the other side.

In other words, live for today while still planning for tomorrow.

6 thoughts on “Captain DIY Screws Up At Life”