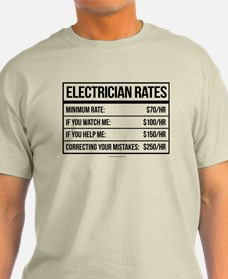 For most of human history, we were trades workers. This started out during the Hunter-Gatherer phase, where we separated ourselves into different specialities for the continued proliferation of our species. As agriculture became more prevalent and we settled out of our nomadic ways, we added Farmer to the list of occupation.

Time went on, as it tends to do, and society progressed (depending on how you look at it) into the complex writhing beast we all ride today. The increased complexity has produced the need for more and more specialities such as plumbers, electricians, tax preparers, marketers, train conductors, etc.

Somewhere along the line, right around the time when the idyllic ‘50s had provided enough decently-waged jobs that required only a high school diploma, people started realizing the benefit of continuing their education levels to help them achieve a better job. An investment in education, it was pointed out, payed high returns in terms of significantly increased wages.

This idea grew as time went on and people saw the success stories coming out of institutions of higher learning, and the idea of learning a trade was considered a “fall-back”, something to be done if you couldn’t hack the college life. As trades grew less attractive, they started getting a whole lot less attention.

Fast forward to today, and we see the trades experiencing a shortage of workers, and trade schools getting desperate calls from companies looking for apprentices to hire. As anyone who is familiar with the concept of Supply and Demand will see coming, this shortage of workers has led to higher wages and better job opportunities for those who have taken the trade route.

Suddenly the trades are looking a whole lot better.

A little backstory on the Captain

When I finished high school in the year 2000, it was assumed that one would continue on to college for a degree. Since I had no scholastic aspirations, and no clear direction of intended vocation, I rambled off to the local Community College and started taking general courses, with the idea of eventually heading toward something artistic. I had always been fairly artistic as a kid, so it seemed a reasonable idea to head in that direction.

One of the issues I faced was my continued abhorrence toward studies, which certainly slowed my institutional progress. If you don’t really want to learn about what is offered, you’re probably not going to do very well in school.

Another issue I faced was my lack of direction. I had no idea what I wanted to do with myself, at least in a way that would make money, besides being a Rock Star. As the more life-savvy readers out there will know, becoming a bona fide Rock Star is not particularly easy, especially if the prospective Rocker is the type to avoid doing things that are hard to do.

I made my way through an Associate’s Degree in Graphic Design, since it seemed like the best connection between Art and Money. The only trouble with that was it involved spending many consecutive hours sitting at a desk, which I quickly realized was something I hated. I am much too “hands-on” and wiggly to be able to sit for that long, let alone focus on the minutia involved in properly photoshopping 17 different pictures together to make the perfect Island Backdrop that will be guaranteed to make you want to buy Corona.

The six years it took for me to get that two-year degree was plenty of evidence for the inevitable  failure and burnout I would be sure to experience should I pursue legitimate occupation in the field of graphic design, and the closest thing I could find that would link my artistic skills with my need to make things with my hands was a job in a sign shop. This led me to work with signs that were lit from the inside, which introduced me to Electricity.

My thought process involved me getting an electrical license as a means to improve my worth as a sign technician, thereby being able to demand an increased wage. Since I had a history of being laissez-faire in terms of pursuing any goals at this stage in my life, my girlfriend (who would later earn the distinctive title of Mrs. DIY) signed me up for the email lists of a couple of local after-market vocational schools.

I found one that was fairly close to me, took a tour, and signed on the dotted line to start a one-year term of study in the electrician department. During that year of study, in which I attended school during the morning and then went to work for the afternoon, I learned a great deal about life in the trades, such as how far below the whale shit I would be on the hierarchy ladder once I emerged into the workforce as a brand-new apprentice, and how it was a guaranteed certainty that I, as the apprentice mired under the aforementioned whale shit, would be the one running out for coffee at break time.

I was extremely fortunate to have been given the opportunity, about halfway through my tenure at the trade school, to do a week-long internship for a contractor. In other words, my interview process was a week of free unskilled labor. At the end of the week, the owner of the company asked if I would like to come back on Monday at a hair above minimum wage, and I thankfully went against my desire for afternoons of leisure and said yes.

I gave the contractor five years of work, and he rewarded me with five years of incredible learning experiences. I wired entire factories, I wired car washes, I wired houses both brand new and full gut remodel jobs. I did small service calls and several-month-long projects; I worked in mobile homes and jazz-era mansions. I worked under the tutelage of a few different licensed electricians, each with different areas of expertise. And I absorbed a love for accomplishment.

Eventually I had enough hours in the field and I was able to sit for my Journeyman Electrician License Test. It was extremely difficult, and I barely didn’t pass my first attempt. I went back to studying and working hard, and on the second attempt I crushed it. I was now a licensed electrician, and I had officially climbed out of the whale shit.

I had had my license for a little while when the opportunity to land a nice cushy job as an electrician at the local University came up, and I was lucky enough to get hired in 2012. Since then that has been my bread and butter, and has allowed my family to live a life of relative comfort. As an employee of the state, I don’t make a ton of money, but I get a Huge amount of time off, and great benefits to boot.

Back to the Point

I was not cut out for working a typical office job, and I know I’m not alone. The idea of sitting at a desk all day holds absolutely no interest for me, and I was lucky to have people in my life to help guide me toward something I could do that would make me money while allowing me physical mobility.

Not only does my license allow me this incredible Golden Albatross opportunity, I have also found my skills and licensure to be win high demand out in the “real world”. Nearly overtime I meet someone new and they find out what I do for a living, they want me to come to their house to do some electrical project they have been needing for a while. This isn’t because I’m some special superhero swooping in to save the day, it’s because I invested my time and money into developing my skills and professional credibility as someone with a Useful Skill.

I have a job that can never be shipped overseas. I can do as much or as little side work as I want, and I can charge a pretty penny for my services without complaint from a customer. I can start a business if I want, and have as many customers as I can handle with little to no advertising, simply using word of mouth.

Again, none of this is because I am special. I mean, I am, but that’s beside the point. All I did was take the “unconventional” route, and go to trade school instead of college. My entire schooling cost me about one semester’s worth at a typical college, and I was able to get paid to work in my field for half of that time.

If you know someone, perhaps even yourself, who is unsure what field of study they might enjoy, or maybe just doesn’t want to get an office job that requires a huge educational tab, there are other options. I’m not saying mine is the best, nor am I suggesting it’s for everybody. But there are jobs out there that can be stable, pay well, and are highly respected, and they can be found close to home. Not only do you get to help other people and have them happy to pay handsomely for the help, you can also learn incredibly helpful skills that you can use on your own house to save money, or on an investment property to compound your income. There is money and satisfaction out there just waiting for you. A career in the trades might be a great way for you to get it.

2 thoughts on “Making a Case for Learning a Trade”